Why Do I Have Thyroid Symptoms When My Doctor Tells Me My Lab Tests Are Normal? 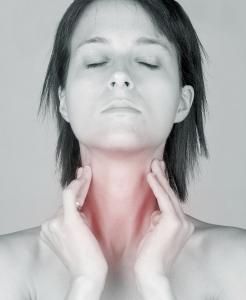 Brenda is a 44 year old female who was deeply frustrated and at her wits end trying to find answers regarding her symptoms. She stated that she seemingly fell apart after giving birth to her last child approximately 12 years ago.

“I started feeling tired and sluggish all the time no matter how much sleep I had. All though I kept up my habit of exercising in the mornings, my weight began to balloon upward. Being frightened with this I began cutting my calories back to no avail. Within a year I had gained over 20 pounds and I am now over 28 pounds from my original weight prior to my last pregnancy. I now have other symptoms that include periodic headaches in the morning, my skin is dry and my hair is seemingly falling out. My bowel movements are less frequent and I’m feeling bloated, especially after meals. To make things worse, my sleep is becoming interrupted making it even more difficult to make it through my busy day. Of course with all this going on I’ve become depressed and lack the motivation to continue going to the gym.”

Unfortunately, this is all too common and all too often misdiagnosed. You see, Brenda had made the effort to visit her doctor to find answers. From what she understood from trying to educate herself, it certainly seemed that her symptoms could be the result of a thyroid condition. Within a week after her blood work came back, her doctor relayed to her that all was normal; no problems. Now most of us like to hear this, but when you have your health going down the tubes you want answers. Brenda was now further confused and feeling depressed.

Hypothyroidism is one of the most misdiagnosed conditions in this country. Typical blood labs used by most practitioners include only TSH, T4, T3 and perhaps free T3. TSH or thyroid stimulating hormone is produced by your pituitary gland and is activated to instruct your thyroid to release mostly inactive T4 which then converts into T3 in the liver, gastrointestinal tract and other various cells such as muscle, heart and nerve cells. Only about 60% of T4 ever becomes a usable form of T3.

There are many physiologic conditions that can hinder this process resulting in the lack of active T3 and therefore thyroid symptoms. Just a few include: gastrointestinal dysfunction, which is all too prevalent today and actually worsened with the “purple pill”; liver toxicity, which most Americans suffer at some level, especially those on toxic medications; and hormonal imbalance, predominately estrogen and progesterone.

Generally, the most common misdiagnose for hypothyroidism in this country is an autoimmune response called “Hashimotos”, named after the Japanese scientist that discovered it.

It is estimated that nearly 70% of Americans suffer from some form of autoimmune disorder, mostly undiagnosed. Autoimmune disorders attack your own body tissues due to imbalances in within our protective immune responses. When it comes to “Hashimotos” your own thyroid gland is attacked and destroyed over time. For many years this immune disorder can lay dormant, eventually waking to begin its’ destructive process, triggered by some form of stress.

Here is where the problem lies. When the autoimmune process is activated, thyroid tissue is destroyed and released into the blood often causing hyperthyroid symptoms such as anxiousness, nervousness, heart palpitations and even night sweats. This in turn activates a feedback system that tells your brain to turn off your thyroid. Within days you’re back to typical hypothyroid symptoms of feeling sluggish, tired and depressed. Because of this autoimmune process not only will your symptoms vary, but so will your blood labs. The typical blood panel to view TSH is simply of no help. In this scenario, TSH will move down when the autoimmune process is activated and back up when it is neutralized. At the time of your blood lab it could be low, high or normal. Unfortunately you lose no matter what. Here is why. In traditional medicine the protocol is to place you on thyroid medication whenever this marker is suggesting hypothyroidism, regardless of the possibility of “Hashimotos”. The problem with this protocol is that it will allow the autoimmune response to continue on its destructive tract and eventually destroy all of your thyroid tissue. Thyroid medication now becomes mandatory.

If you believe you may have thyroid problems, which is much more prevalent if you are a woman, you really should be evaluated properly to rule out autoimmune “Hashimotos” as well as any other conditions that inhibit the conversion of inactive T4 to active T3.

To learn more about your thyroid and other hormonal issues that affect your health, please call 940-591-0788, and/or register for our next Dinner talk, online here.